FREE SHIPPING in the USA.

There is only one painting and this is it. Once it’s gone, it’s gone, away on a sleigh.

Note: The painting comes without the copyright watermark.

The Beard that Needed No Introduction

How the “Believe” Painting Came to Be

I was doing dead lifts at the gym when Dan, a buddy of mine, came in. He was sporting something more than the 5 o’clock shadow… but less than the full Lumberjack.

“Feeling lazy? Or did you run out of blades?”

He rubbed his chin and said,

“You should see my friend Rich. He’s got a real beard. We’re going to meet up for coffee after I finish my circuit.”

Thoughts of furry Hobbits danced in my head. I wondered if this friend would make a good model for a painting.

It’s a thing I do. I’ll be minding my own business while going to the bank, buying more supplies, and then – voila – someone’s profile or glint in their eye will make my drawing hand itchy and I’ll have to stop and ask them if I can paint them. Men, women, llamas, doesn’t matter who. Doing so has yielded some of my most interesting work.

“He was a pilot for American. Now he’s retired, playing Santa in his free time.”

I asked Dan to send me a photo of his friend.

About an hour later, in the middle of my pull-up routine, a text came in from Dan. There was a picture of Rich with his beard. I nearly fell off of my stool. A perfect model for a Santa painting!

I was then introduced to Santa Rich who then agreed to come to my studio and pose.

In addition to being a wonderful model, Rich is as kind and was as generous with his time as you’d hope Santa would be.

He’s got an interesting second career, and now I have the perfect likeness captured for all time. 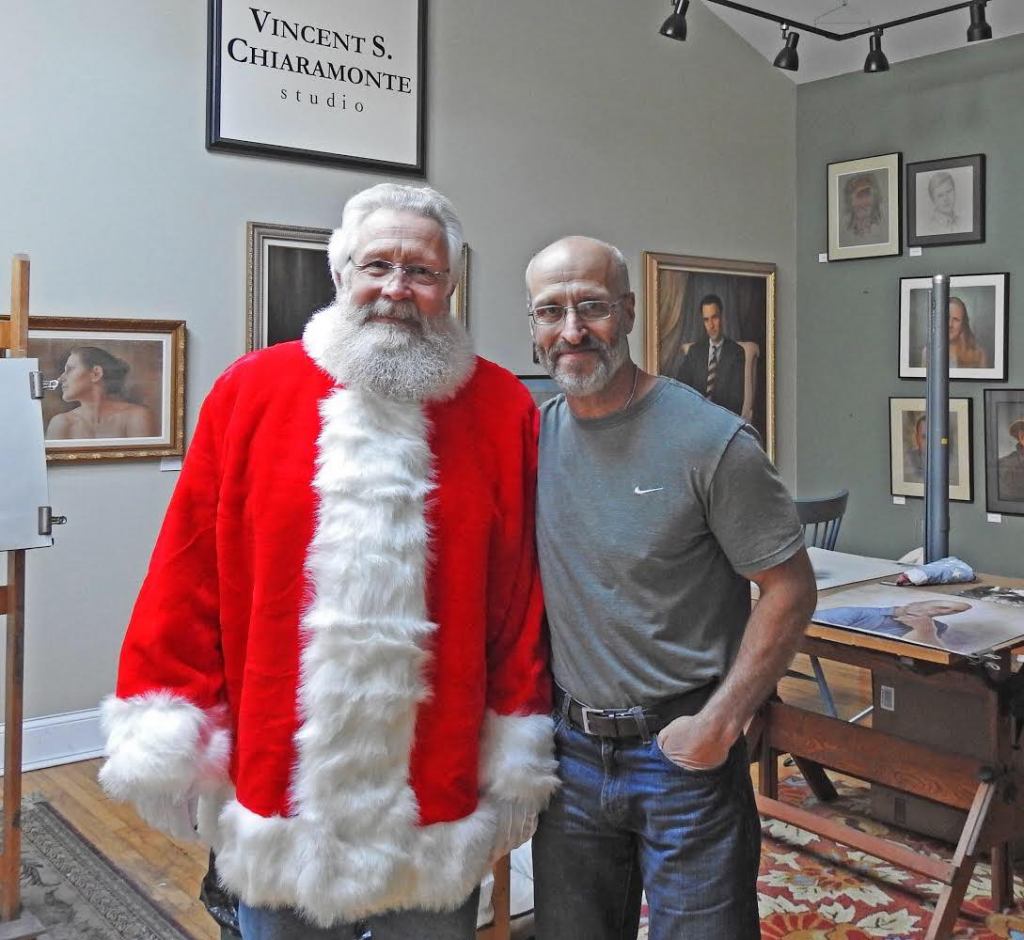 Looking for the print version (1 of a limited number)? Get thee to your very own Santa.